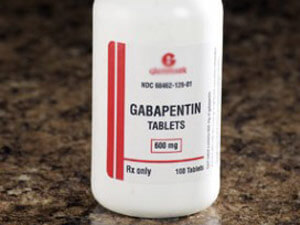 A recent clinical study found that a medication typically used to treat epilepsy and pain conditions also shows promise in treating alcohol dependency, according the National Institutes of Health, which provided funding for the study.

Who Did the Study and How Was It Conducted?

The scientists who conducted the study received funding from the National Institute on Alcohol Abuse and Alcoholism (NIAAA), which is one of the 27 institutes and centers comprising the NIH. The clinical trial involved 150 alcohol dependent patients who participated in treatment for 12 weeks. The study was led by Barbara J. Mason of The Scripps Institute in La Jolla, Calif., and the report showed up earlier this month in the peer-reviewed journal JAMA Internal Medicine.

Improvements were also seen in patients who took the lower dose of gabapentin, but the results were not as drastic, the study showed.

Other Benefits Revealed in the Study

In addition to the drug’s ability to help patients stop drinking or drink less heavily, the drug also contributed to better sleep, improved mood and fewer cravings for alcohol. This effect was also seen in a greater degree in patients who took the higher dose over the lower dose, the study revealed.

What Does This Mean?

The drug gabapentin, which is already widely used in primary care medicine to treat other conditions, may eventually be a new option for treating alcohol dependency. If the drug is approved by the FDA to treat alcohol dependence, it would join the ranks of only three others with such FDA approval — disulfram, acamprosate, and naltrexone.

If gabapentin joined the ranks of these drugs, it would be the only one with the added benefit of helping patients improve both their sleep and their mood while they try to overcome alcohol dependence.

Residence XII offers drug treatment that helps to empower women while leading them on their journey toward recovery. At Residence XII, we welcome all women (+18) and aim to provide the highest quality inpatient alcohol treatment available. We provide free assessments and references for women seeking more information about alcohol dependency. Residence XII also offers outpatient alcohol treatment programs and family treatment programs. Residence XII is State Licensed by CARF (Commission on Accreditation of Rehabilitation Facilities) and a member of the NAATP (National Association of Addiction Treatment Providers).